A Brexit effect on House Values

Chancellor George Osborne believes house values in the UK could fall by up to 18 per cent if the country votes to leave the European Union.

Speaking at the G7 finance ministers’ meeting in Japan, Mr Osborne explained the short term economic impact of Brexit could reduce house prices by ten per cent by 2018 – making it 18 per cent behind expected values if EU membership continued.

“If we leave the European Union there will be an immediate economic shock that will hit financial markets. People will not know what the future looks like. And in the long term the country and the people in the country are going to be poorer,” explained the chancellor.

He added undermining the British economy by leaving the EU could also reduce the normal of affordable homes being built across the country.

The International Monetary Fund has also recently warned that a vote in support of leaving the EU could also see an increase in mortgage rates due to the uncertainty of the financial market.

Demand for homes dips, but more house and rent price rises are on the horizon

Demand for homes has dropped for the first time in a year, but the chronic lack of supply will continue to push prices sky high, according to the Royal Institution of Chartered Surveyors.

In April, 22pc more chartered surveyors reported a drop in demand, partly caused by a lull in activity after the feverish buy-to-let rush, in which investors and second home hunters brought forward transactions to escape the stamp duty hike.

This is the first time since March 2015 that those surveyed have reported a decline in new buyer enquiries.

Sales were expected to be flat in the next three months, according to those surveyors polled. This is due to the short term uncertainty over the EU referendum; this sluggish activity is predicted to hit London the worst.

Simon Rubinsohn, the chief economist at Rics, said: “Uncertainty is a word that features heavily in the feedback we are receiving from members responding to the survey and is contributing to the flatter trend in the latest data.

“More ominous is the expectation that both prices and rents will head materially higher over medium term despite existing affordability concerns, with the supply pipeline continuing to fall short of household growth – notwithstanding the various levers the government is pulling to try and drive development.”

The Rics residential market survey is a useful and reliable forecast for the next six months.

Over the next 12 months, 61pc more of those surveyed said that prices would rise rather than fall in England and Wales. In the next five years, contributors to the survey forecast growth of between 3pc and 5.5pc per year.

The report also highlighted that despite the surge of buy-to-let investors bringing forward their purchases to avoid the stamp duty hike, there has been no noticeable increase in new landlord instructions – just 1.7pc, compared with the 10-year average of 10pc.

Hansen Lu, from Capital Economics, said: “The relatively subdued level of new lettings instructions is a reminder that, despite its high profile in recent quarters, buy-to-let lending is only one measure of the health of the private rented sector, and an imperfect one at that.

This comes as 22pc more of those surveyed reported a rise in tenant demand. Brian Murphy, head of lending at Mortgage Advice Bureau, said: “Despite recent taxation changes with regards the buy-to-let sector, the longer term prediction from Rics is that demand for rental properties will increase at 4.6pc per year over the next five years, which will likely have an upward impact on rents.

“This independent view will potentially provide some comfort to landlords that buy-to-let is still an attractive asset class.” 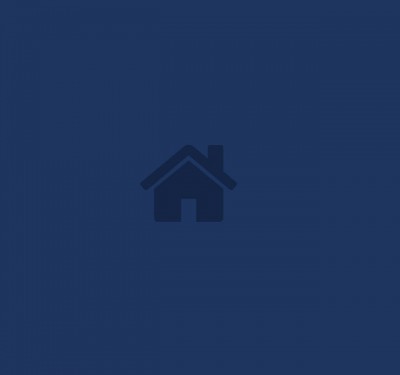 Stamp duty reached a record high in March, as buy-to-let landlords rushed to buy ahead of the Government’s introduction of a 3% surcharge of second homes.